Time is ticking down for Beyonce of the impending announcement of her highly anticipated 2023 world tour. The Bey-eminent goddess Beyonce graced attendees with a dazzling performance at the 94th Academy Awards in March and then released her sensational and platinum-selling album Renaissance. But before the tour, it looks like Dubai could be getting her first.

The Sun reports that Beyonce is set to make an appearance at Dubai’s 5-star Atlantis The Royal Resort in January 2023. With a $20 million payday on offer, her performance will be brief and feature songs from throughout her lengthy discography as well as current chart hits “Cuff It” and No.1 Hot 100 hit “Break My Soul.”

“It is part of a star-studded line-up of celebrations the hotel is putting on. The hotel brand has put on a range of massive performances recently, with Kylie Minogue booked in to perform on New Year’s Eve. Invites have been sent out for the event with Beyonce — which is being billed as an hour-long performance — and it’s the hottest ticket in town. Afterwards there is a party with Swedish House Mafia booked to do a DJ set.”

Looks like Beyonce and her teams are shooting for bigger achievements with this campaign, as the ‘Formation’ tour in 2016 pulled in a whopping $256 million! Let’s hope that they deliver on their promise. 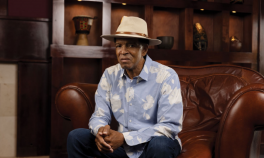