The sad and unfortunate story of 10-year-old Damilola Taylor is well imprinted in the minds of everyone who grew up in the 2000’s in the UK. The photo of the smiling young boy in the Burgundy jumper which was taken before he was murdered is synonymous with the story.

Back in November 2000, this story shocked the nation and many have tried to tell Damilola’s story through documentaries but none as well detailed as we presume Yinka’s to be.

Talking about the documentary in an interview with Vogue, Yinka Bokinni said: “I think Damilola’s name, his story, his image, is synonymous with some of the tragedies that have happened in Britain. There are certain names that you hear and you can immediately conjure up the person’s face, especially when it comes to kids,”

As Yinka was a former friend of Damilola, her perspective to the story will reflect his life in the most accurate way possible.

Yinka shared some more saying:  “When it comes to young, Black boys there’s an age where they stop being babies and they start being a bit scary to people. It doesn’t matter what colour Dami was or where he was from, he was a 10-year-old boy. You say his name and you think of that picture of him in that burgundy jumper because he matters.”

This certainly reflects in the times we find ourselves, and the life of Damilola surely did matter. He was important to his parents and his brothers, it mattered to his friends like Yinka who got to spend time with him.

Yinka Bonnini lived next door to Damilola in North Peckham estate which has since been demolished, although the memories of Dami still live with his loved ones. Brothers Ricky, 13 years and Danny Preddie, 12 years who stabbed  Damilola in the leg with broken glass will also never be forgotten.

“This is not the first film that’s been made about Dami, but I do genuinely think that it’s the first film that’s been made from the perspective of people who knew him as a child,” says Bokinni, a radio, and TV presenter, who started the filming process in the summer of 2019 after a “chance meeting” with Channel 4. “[The people] who knew him for who he was, and I mean that with the utmost respect for everyone who has documented his life in the past. I do think it’s something new, simply because I don’t know if there is anybody more qualified to tell the story in the way that I’ve told it. I know that I didn’t know him for years and that I didn’t live with him, but the person I got to know wasn’t the victim of an inevitable sad story that has been portrayed in the media and the story that everyone (sort of) knows.”

The documentary directed and produced by Ashley Francis-Roy is said to explore the side of the story that people never got to hear and with the current climate of the world, it may seem extremely painful to watch but we believe people are much stronger and communities are resilient. Bokinni’s honesty is evident and it reflects in the film.

“For a long time, I didn’t really like being from Peckham because of the stigma that came with the area. I think going through this process has really taught me, more than anything else, that many things are able to be true at the same time,”

Talking about how society treated them- (Her family and Peckham residents) and still does  sometimes she said: “Whilst I’m able to say that I loved where I’m from and I love the fact that Peckham has made me who I am. It [Peckham] taught me to stick up for myself, to be independent and how to love people. Whilst that is all true, really traumatic things, including this happened, and I think that they can co-exist as things that have happened without one sort of overtaking or shadowing the other.”

This is one of the toughest things that I have ever done and I will probably cry for the entire hour but I just hope I make Peckham proud ❤️❤️ pic.twitter.com/ZMw3HP5TkJ

Yinka explains her process from why she started the documentary and how she reached out to Dami’s dad before going forward.

“It was really important for me to meet Dami’s dad properly before starting filming,” says Yinka. “It was a stipulation made by me. I spoke to my director and said that he was the first person we needed to see before we started filming because if he didn’t give his blessing then we couldn’t do it…

But his dad was even just happy to hear the stories and he was happy to know that Dami had friends who really cared about him. And to know that what happened to him wasn’t inevitable – it was a complete and utter travesty.”

She went on to say: “2020 has been the year that I’ve probably been the most visible that I’ve been in my life, and this is coming from somebody who does a national breakfast show on the radio,” she says. “I would say that my story, Damilola’s story, the film that we’ve made is a story of modern Britain. It’s a story of Black Britain.

I was somebody who was born and raised in Peckham.” While slightly “apprehensive” about its release, Bokinni doesn’t want “the message of hope to be lost”. “I don’t think it’s a coincidence that so many people, who are doing way better than I am, come from exactly the same place that I did,” she says. “I want that to come through along with telling our truth from our point of view.”

Richard and his wife, Gloria – who passed away in 2008 – founded the Damilola Taylor Trust in a bid to provide more opportunities for the country’s underprivileged youth. To support, please visit https://www.damilolataylortrust.co.uk/ to donate. 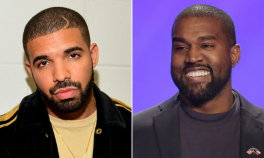 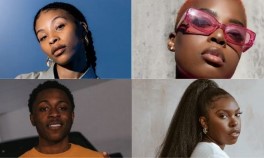 DRAKE CONFESSES TO DATING SZA IN 2008