When it comes to the expression of one’s self, you can say Willow and Jaden Smith follow their own set of rules.

Speaking on her family’s Facebook Watch series ‘Red Table Talk’ this week, the 19-year-old singer opened up about how she felt their sense of style caused a rift between them and the Black community.

She said, “With the African American Community, I kind of felt like me and Jaden were shunned a little bit.” The Black community she felt conveyed the message “We’re not gonna take pride in them because they’re too different. They’re too weird” to her and her brother.

RTT fam, do you ever feel shame directed at you because of someone else in your family or a loved one? In today’s episode, Willow shares her experiences with shame. Watch the new episode now! (Link in bio)

She also admitted that “Even some of our family members, I would feel they thought, ‘You’re too different’,” to her mother Jada Pinkett-Smith and grandmother Adrienne Banfield-Norris. And this came as a response to her mom Jada Pinkett revealing her experience with mom-shaming, which was the topic of this week’s show.

Jada opened up saying, “Over the years, I have had my fair share of mom-shaming. With Willow, I think the first time I got hardcore criticism, when you first cut your hair, there was a firestorm.”

Willow and Jaden Smith have been known for their gender-fluid presentations, Willow shaving her head and her brother opting for skirts on occasion. 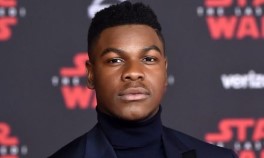