Letitia Wright made it clear after Chadwick’s passing that she had no idea he was battling cancer and expressed her sadness in a heartfelt tribute she posted on Instagram.

She said: “Words can’t describe how I feel, how we all feel, that losing you is forced upon us. To accept this is as a new reality. I wish I got to say goodbye,” she said in a clip shared to Instagram shortly after his passing. “I messaged you a couple times but I thought you were just busy. I didn’t know you were dealing with so much. But against all the odds you remained focused on fulfilling your purpose with the time handed to you.”

During an interview with Net-A-Porter, Letitia was asked to comment on possible replacements for T’Challa in a sequel to Black Panther, but the actress shot down the idea of mulling over replacements.

Leticia said: “We’re just still mourning Chad, so it’s not something I even want to think about,” she said. “The thought of doing it without him is kinda strange. We’re just grieving at the moment, so it’s trying to find the light in the midst of it.” 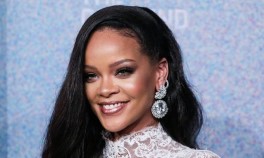 RIHANNA CONFIRMED AS THE WEALTHIEST FEMALE MUSICIAN AFTER FORBES ESTIMATES FENTY AT 1.7 BILLION