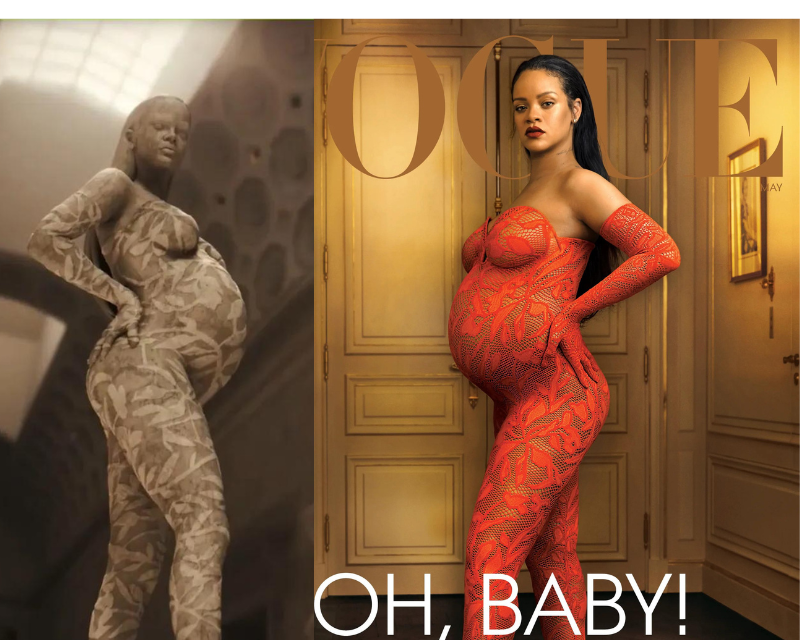 The Metropolitan Museum of Art in New York City and American Vogue have created a digital statue of the multi-Grammy Award-winning singer and businesswoman to honour and show appreciation for Rihanna and her efforts to change perceptions about pregnancy and how women can appear in public while pregnant.

The inspiration derives from Rihanna’s recent photoshoot during her cover piece for Vogue, where the 34-year-old star wore a red Alaïa bodysuit.

After first revealing her pregnancy in January, recent photographs indicate RiRi is nearing her due date, which most likely has something to do with her absence from this year’s Met Gala. However, she will continue to shine as the organisers will release a video of a historic statue of Rihanna with her baby bump in the museum’s Greek and Roman galleries.

Sharing the clip, Vogue credits animation studio ApeManRobot for the creation – which is thought to be a digital sculpture.

“The statue of “Eirene (The Personification of Peace)” is usually the highest-profile marble goddess @themetmuseum Greco-Roman galleries. But now we’ve got @badgalriri, straight off this month’s Vogue cover.”

In reaction to the honour, Rihanna tweeted, “Shut down the Met in marble! What’s more gilded than that? Lol!,” appearing to reference this year’s Met Gala theme, ‘Gilded Glamour.’

Adding, “Thank you @metmuseum and @voguemagazine for this historic tribute! Y’all bad for this one!”

shut down the met in marble! what’s more gilded than that? Lol! Thank you @metmuseum and @voguemagazine for this historic tribute! y’all bad for this one! pic.twitter.com/NawYMd0RpL

THE 2022 MET GALA FEATURED EXTRAVAGANT FASHION BY CELEBRITIES SUCH AS MEGAN THEE STALLION, CARDI B, NICKI MINAJ, AND MORE

RIHANNA IS REPORTEDLY GEARING UP FOR NEW MUSIC 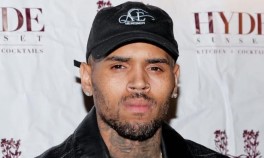