The Canadian rapper is being accused of shooting Megan Thee Stallion on the 12th of July earlier this year.

Megan in the earlier days of the shooting refused to comment on the shooting to the public but had to break the silence as Tory and his fans began calling her out saying she was lying and making her seem as though she was being inconsiderate. She finally broke silence on Aug 20th, during an Instagram Live, and admitted that rapper Tory Lanez did indeed shoot her in both feet as she was leaving his SUV after they had an argument.

NEW: Tory Lanez has been charged with felony count of assault with firearm over shooting of Megan Thee Stallion pic.twitter.com/yPgAP8ub6t

If Tory is convicted, the judge could hand him the maximum sentence of approximately 22 years for the two felony charges: i.e. assault with a semiautomatic firearm, and carrying a loaded, unregistered firearm in the vehicle. Father of Tory has previously insinuated Megan wasn’t being entirely truthful and that the truth always does come out, so all we could do is to wait and see how this plays out.

Although as it stands now, it’s not looking good for the Canadian rapper as he faces over 2 decades in prison.

ELON MUSK BECOMES THE RICHEST MAN IN HISTORY, AS TESLA IS NOW WORTH $1 TRILLION 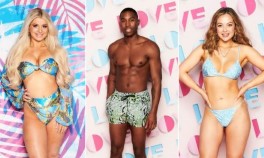