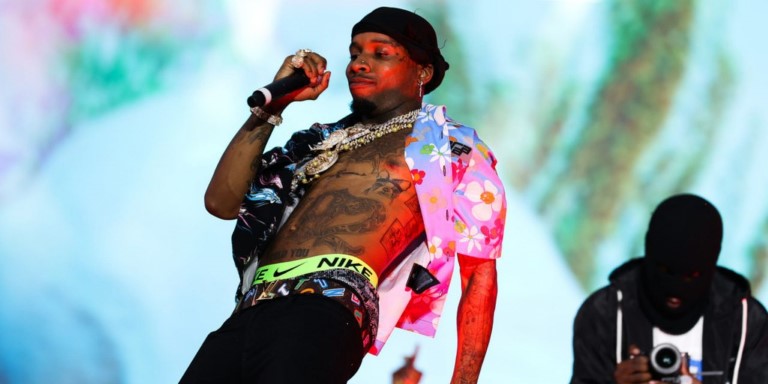 Over the weekend, Tory showed up as a surprise guest at DaBaby’s Rolling Loud concert, just after Megan had been on the stage. Megan remained backstage when Tory showed up during DaBaby’s act, according to sources close to her. Megan was also upset because DaBaby performed their joint song “Cash Sh*t” immediately before bringing out Tory, according to a source. Megan felt that DaBaby was mocking and intimidating her.

Following Tory’s performance, the Miami Police Department and the Los Angeles County District Attorney’s Office were notified that the court order had been breached.

However, a source told explained to TMZ that, the rapper couldn’t have breached the court order as he never saw Megan during the music event, and neither was he ever close to her.

As of press, neither party involved has released an official statement about the report, so keep it locked to YEEEAAH! Network for more updates as it develops.

T.I.’S DAUGHTER, DEYJAH HARRIS SAYS SHE CAN NO LONGER SPEAK ABOUT HER DAD ON SOCIAL MEDIA