Summer Walker took to Instagram to reveal her pregnancy, wearing a smile that can only be seen on a mother to be.

The post however has left so much speculation on the internet as it says nothing about the father or how long she has been with the child. In fact, the caption to the post only had angel emojis.

At least, the rumours that were floating about in recent weeks have been finally confirmed with this reveal. Also, rumours have the father as her on-off producer boyfriend London On Da Track.

ALICIA KEYS IS THE COVER OF GQ HYPE 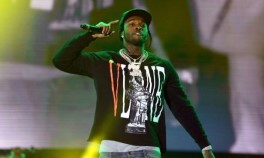