Simon has confirmed that he will no longer be involved with Syco Music, having lost acts including Little Mix and One Direction in recent years.

This news comes after last week Louis Tomlinson a pal of Simon left the label.

Simon sold Syco Music to Sony Music in 2005 but remained involved. However, he’s now cutting all ties for good.

This is because he wants to focus on his TV company, Syco Entertainment which owns The X Factor and the Got Talent shows. But in a major new deal, he has bought back Sony Music’s stake in the company.

An insider said, “The deal is huge. Simon has had to pay a massive amount to regain control of Syco Entertainment.

That has meant he is no longer involved in Syco Music but it’s not in great shape right now.

Leaving it now makes sense for him because he can instead focus on his Got Talent Shows, as those are his money-makers now.” 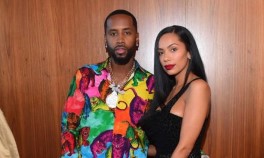