Rihanna is ‘shining bright like a Diamond’ in the entrepreneurial space. As Savage x Fenty Vol.2 will be premiered tomorrow October 2nd, she spoke about the collection in an interview with People magazine saying:

“Inclusivity has always been a part of our brand. That’s not a ‘right now’ thing. It’s sad that it’s right now for most brands. But that’s always been who I am. It’s always been how I operate with everything I’ve done creatively, whether it’s makeup or lingerie. I get really excited to see people be a part of my brand. It’s not like I went into it thinking, ‘Let’s make a movement.’ I feel great that there are women that are feeling like they see themselves on the stage for the first time. And if we can continue to expand on that, we’ve done more than we really started out trying to do.”

While being interviewed by Associated Press, she opened up a bit on her ‘R9’ project.

For her new album, she’s already held “tons of writing camps” – where songwriters are put into groups to create original tracks for artists.

She added, “You do pop, you did this genre, you do that, you do radio, but now it’s just like, what makes me happy? I just want to have fun with music. Everything is so heavy. The world that we live in is a lot. It’s overwhelming every single day. And with the music, I’m using that as my outlet.”

She hinted that the pandemic has challenged things musically, but she plans to press on. She said, “I want to go on tour but I can’t, so I’m stuck with music that I love, and now I’m trying to figure out how I can even create visuals to that. That’s’ a challenge as well. But I love challenges so, you know, I’m gonna get it done.”

Wow! Can’t wait for the premiere of Savage x Fenty vol. 2 and certainly not ‘R9’

NICKI MINAJ RESPONDS TO CLAIMS MADE BY THE WHITE HOUSE THAT THE RAPPER WAS NEVER INVITED, FOLLOWING VACCINE COMMENTS ON SOCIAL MEDIA 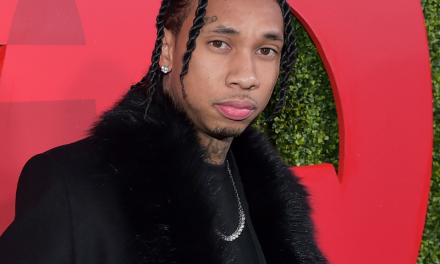