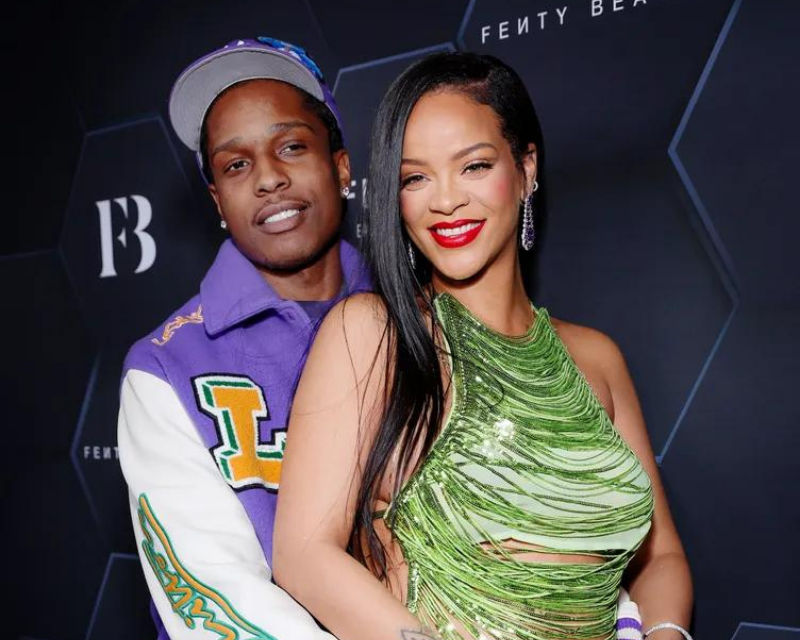 Rihanna and partner A$AP Rocky have welcomed their first child together.

According to sources who spoke to TMZ, the newborn was welcomed on May 13th in Los Angeles, but details of the baby’s name remain unknown.

Rihanna was last seen in Los Angeles on May 9 for Mother’s Day weekend, when she and Rocky dined at Giorgio Baldi.

RiRi’s baby arrives after the couple first revealed they’re expecting their first child in January. Since then, the pair have been spotted in public several times, with the ‘Umbrella’ singer making it rain with intriguing baby bump photos.

It hasn’t always been smooth sailing, though, as ASAP Rocky had recently made news for various reasons, the first of which is an alleged split when the rapper allegedly cheated on Rihanna with shoe designer Amina Muaddi. However, Muaddi was quick to debunk all claims and clear the air after the reports went viral on social media.

Not long after, ASAP Rocky was arrested at LAX Airport on his way back from Barbados in connection with a shooting incident on November 6, 2021, and was charged with a deadly weapon at the Los Angeles Police Department Headquarters. The rapper was released from the LAPD County Jail on a $550,000 bond later that night.

Furthermore, there was another report suggesting that ASAP had messaged a 45-year-old British mom on Instagram whilst still with Rihanna, asking the woman for a meet-up in Ukraine. This was before Russia’s invasion of the Sovereign nation.

With all of this happening, RiRi remained by his side, and the rapper later released a music video for his track ‘D.M.B,’ in which he and RiRi flaunted their courting with a slew of wedding pictures, sparking rumours of a secret engagement.

Congratulations to RiRi and ASAP on their first child.