Ray J has admitted that a second sex tape with Kim Kardashian exists. Claiming that, despite the scene from The Kardashians showing Kanye West allegedly giving the supposed tape to Kim, he has never been in possession of a copy.

It appears Ray and Kim made several videos during their relationship together, of which the rapper told the Daily Mail that he never had any copy.

“I’ve sat in the shadows for over 14 years allowing the Kardashians to use my name, to abuse my name, make billions of dollars over a decade-and-a-half talking about a topic I’ve never really spoken about. I’ve never leaked anything. I have never leaked a sex tape in my life. It has never been a leak. It’s always been a deal and a partnership between Kris Jenner and Kim and me and we’ve always been partners since the beginning of this thing.”

Kim sued the company behind the sex tape for invading her privacy when it first appeared in 2007. She eventually withdrew the lawsuit and agreed to a $5 million settlement with Vivid Entertainment, although some have speculated that Kim and her mother Kris Jenner were behind the tape’s release, which they both deny.

Ray J claimed to have allegedly pitched Kim the idea of releasing the tape, to which the reality star and mother Kirs allegedly agreed. He went on to say that the pair signed a contract for two tapes, one of which was released in 2007 and was shot during a vacation in Cabo San Lucas, Mexico, and the other of which was shot in Santa Barbara, California, but was never released.

Ray then told the outlet, “She kept them all.” Adding, “I never had a tape in my possession in our whole relationship. … She’s always had all the tapes in a Nike shoe box under her bed. I’m sure she has bigger beds now and better boxes. That’s how it all came about. Once I pitched the idea to her, just playing around a little bit, that’s when she jumped on the idea, talked to her mom and it was out of my hands from there.”

Ray expressed regret over the tape’s release and said that he “felt suicidal” after the Kardashians built “an empire from a lie they’ve created.”

Ray explained, “As a Black man living and working in America, it’s hard to get up every day and look out at the water or look at my family and know that they think something about you when you know it’s 1,000 percent the other way.”

He claims he was passed over for Dancing with the Stars and America’s Got Talent as a result of his participation in the tape.

He goes on to say, “For me, I’ve been walking on eggshells thinking I’m going to get in trouble for telling the truth and I’ve been holding onto it for the past 14 years and watching them humiliate me. They’re celebrating my destruction.”

According to Ray, he only possessed a laptop containing private photos taken during their relationship, and that he met with Kanye at a private LAX terminal to discuss the matter. Ye previews the contents of the laptop before taking it and leaving. However, Kim stated in the show that there was no sexual material, only a video of them dining at a restaurant.

EXCLUSIVE: Ray J breaks his silence! Hip hop star reveals second sex tape with Kim DOES exist and she has the only copy, as he shares texts where she debunks her Hulu claim he planned to leak it and says Vivid deal was orchestrated by him, Kim and Krishttps://t.co/MZq4yIkfCg pic.twitter.com/pI8RjngrPW

She said that her comment was a joke and that she “was laughing when I said it” in her alleged reply. She said that the scene depicting Ye giving up the alleged tape showed him “in a positive light,” while also apologising to Ray for how the events have “affected” him.

“She knows there’s nothing else. … I don’t have a plan to ruin them,” he said to the Daily Mail. “When I put on the comments that all of this is a lie, I didn’t mean Kanye coming to meet with me about some second sex tape. … They’re not letting the world know that there’s a bunch of sex tapes that we made but they’re not going anywhere because she has them all.” 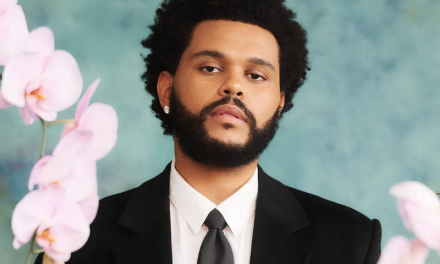 ZENDAYA IS SET TO PLAY RONNIE SPECTOR IN BIOPIC