Following Netflix’s plans to increase the diversity of its programming by working with more British filmmakers and writers to have their voices “amplified globally”, Netflix has signed a brand new deal with the multi-talented Rapman.

Rapman took to Instagram to share the amazing news: “Big up @netflixuk Anne Mensah & Sophie Klein especially! I can’t say too much now but believe me when I say the game is about to change 😅🤫🙏🏾 #2021 #greatnessisaprocess” 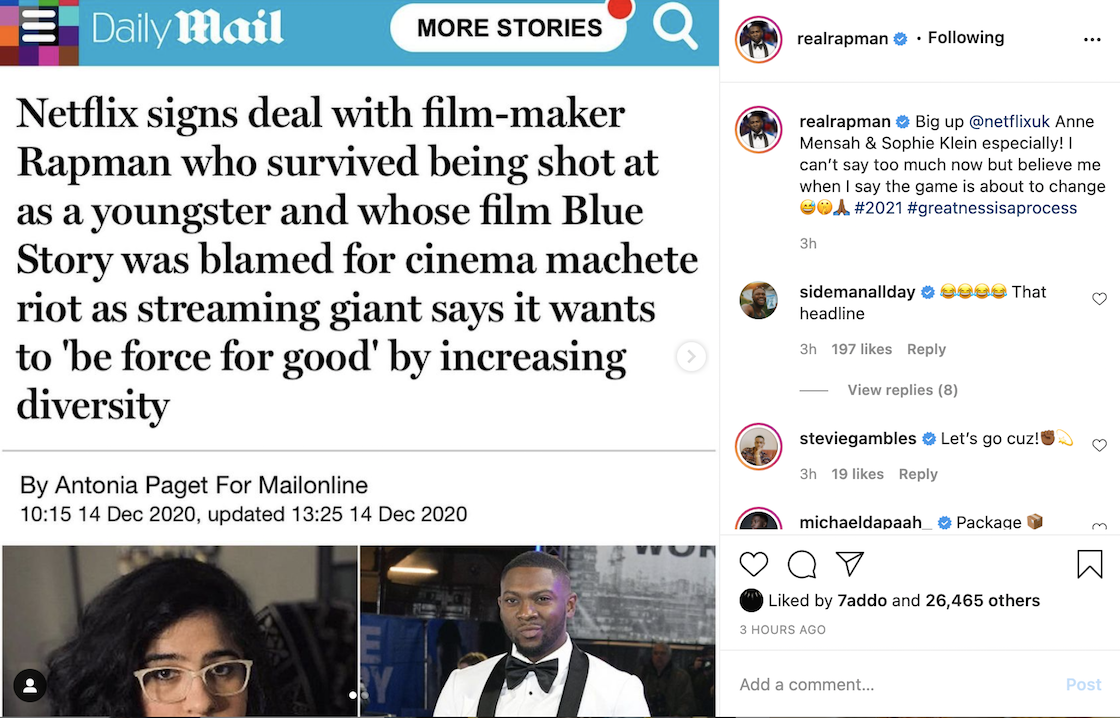 Netflix’s vice-president of original series, Anne Mensah said the move is an “indication of how seriously” Netflix takes the UK.

She added: “It’s so important to work with brilliant British talent and I couldn’t be more excited about the people we’re working with. And it’s important to support the industry and, as far as we can, be a force for good.”

Rapman now joins the likes of Akua Agyemfra and Bisha K Ali who have also been named to have programmes with Netflix in their effort to increase diversity. He is set to create a science fiction film with Netflix, following his success with his films ‘Shiro’s Story’ and ‘Blue Story’.