Following the success of ‘Power’ and ‘Power Book II: Ghost’, ‘Power Book III: Raising Kanan’ will share insight on a young Kanan (played by 50 Cent in the original), for the next chapter of the Power franchise.

The official plot reads: “Smart, driven and still naïve, Kanan’s world revolves around his mother, Raq (Miller), who raised him by herself. She is his everything. At the same time, he is beginning to get a sense of not only the world around him but his place in said world.

Kanan wants to be just like his mother…and that’s the problem. He’s young and wide-eyed and doesn’t know how the hustle works. And even more importantly, his mother is not nearly as keen as he is for him to follow in her footsteps. Theirs is a complicated relationship that only gets more problematic as time goes on.”

The Omari Hardwick helmed show will be once again produced by Courtney A. Kemp and 50 Cent and has three more spin-offs to come, including ‘Power Book III: Raising Kanan’ which is set for a summer 2021 release.

The first spinoff ‘Power Book II: Ghost’, received positive ratings and feedback from fans, and with an amazing end to the first stop, we anticipate a similar reception for the upcoming release.

Take a look inside the official trailer for ‘Power Book III: Raising Kanan’. 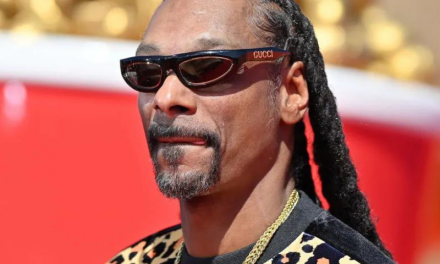 ALICIA KEYS IS THE COVER STAR OF GLAMOUR AUTUMN/WINTER ISSUE