The youngest daughter of Lori Loughlin and Mossimo Giannulli, Olivia Jade made an appearance on the ‘Red Table Talk’ where she broke her silence on the bribery scandal and how it has affected her life.

.@oliviajadee is now breaking her silence after being caught in the middle of one of the biggest school bribery scandals. Now that her parents Lori Laughlin and Mossimo Giannulli are serving short prison terms for their participation in the scandal … pic.twitter.com/p5oEVidsxJ

During the long discussion, Jade said: “It’s been hard. I think for anybody, no matter what the situation is, you don’t want to see your parents go to prison. But also I think it’s necessary for us to move on and move forward.” Jade then added, she feels like she deserves “a second change to redeem myself, to show I’ve grown.”

Jade spoke about the reason for not resuming her education after the scandal broke and that the shame was substantial.

She said: “And you know what, I shouldn’t have been there in the first place, clearly, So there was no point in me trying to go back.”

Well into the 10 minutes mark, the discussion centered around the privilege of the entire admission scandal where Jade admitted to not understanding why people were so upset when the news initially broke.

She said: “When all this first happened and it became public, I remember thinking, which my thoughts are completely different now, but I remember thinking, ‘How are people mad about this?'” she said. “Like, I know that sounds so silly, but in the bubble that I grew up in I didn’t know so much outside of it. And a lot of kids in that bubble, their parents were donating to schools…so many advantages. It’s not fair and it’s not right, but it was happening. And so when this first came out, I was like ‘I don’t really understand what’s wrong with this.'”

Jade however said she “wasn’t aware of what was going on” in relation to what her parents’ were up to regarding the admissions-related offenses.

People lost it after watching the ‘Red Table Talk’ discussion and stormed Twitter with their opinions, be it harsh or otherwise.

Have a look at some comments down below.

Honestly for me the fact that this girl had no shame into saying to her million of viewers that she didn't care for her being in college just wanted to party, that was just plain stupid. She really screw up her self and family with that.

These kinds of people shouldn't be influencer there just trash, The best influencer was the guy who taught me how to work, educated me so that i can provide for my family, Apology not accepted, Jada should have not done this total disrespect for the Minority working class

Olivia Jade's parents were sentenced to prison and paid fines. I agree they could have been sent away for longer but that's not getting "away free."

This is not White Privilege, this is Rich Privilege. My kids had to get the grades and pay their loans. The colleges should also be held accountable for this BS. Any and all with money do it. https://t.co/moTHt409Gf

You are giving her a platform that she doesn't deserve. As my underprivileged brown-skin senior daughter starts applying for colleges, she's doing it all on her own hard work, grades, and merit. Shame on you, Jada. 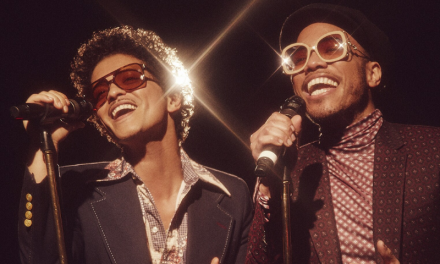 SILK SONIC TO PERFORM AS SHOW OPENER FOR THE 2022 GRAMMYS