A grand jury in Tyler County, Texas has indicted Netflix on its highly controversial movie ‘Cuties’ due to high social media complaints and appeals to have Netflix take down the movie from its platform.

A statement released by Tyler County District Attorney’s Office has Netflix indicted on the charge of “promotion of lewd visual material depicting a child”. The statement claims ‘Cuties’ appeals to the “prurient interest in sex” and the material held “no serious literary, artistic, political, or scientific value”.

In Netflix’s defense, a spokesperson told Variety: “Cuties is a social commentary against the sexualization of young children”.

“It’s an award-winning film and a powerful story about the pressure young girls face on social media and from society more generally growing up — and we’d encourage anyone who cares about these important issues to watch the movie.”

These remarks seemed to have upset many and with Netflix taking a stand on not taking down the movie, caused some users to boycott the streaming giant whilst others canceled their subscriptions.

What are your thoughts on the ‘Cuties’ movie? 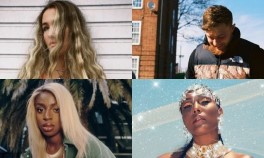