As the holiday season ends, a new reality begins for millions in England as nearly three-quarters of England’s population will be in Tier 4 from midnight (December 31st).

Adding: “We must all stick at it during the difficult weeks ahead,” Matt Hancock said.

“We end 2020 still with great challenges but also with hope and confidence that in 2021 we have a brighter future ahead.”

These seemingly drastic measures are necessary now more than ever as the vaccine program has commenced in many cities and reports of new strands of the virus keep popping up around the world. Countries will have to implement more strict restrictions in order to ensure the safety of all.

Here is the list of areas moving into Tier 3 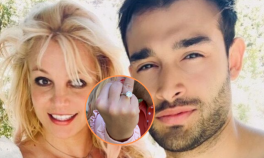 AMAZON IS REPORTEDLY GEARING UP TO PURCHASE MGM FOR $9 BILLION