Just 24 hours after the UK’s massive Covid-19 vaccine rollout, MHRA has given advice to anyone who has a history of ‘significant’ allergic reactions to refrain from taking the vaccine as two of NHS staff who received the vaccine yesterday, fell ill just after being vaccinated.

Earlier today, Britain’s Medicines and Healthcare products Regulatory Agency (MHRA) gave precautionary advice to all 50 NHS trusts currently vaccinating the public to be cautious and prevent anyone who has a history of ‘significant’ allergic reactions from getting the vaccine.

So far, the total number of people set to be prevented is unknown, but according to the NHS, up to 7 million people have allergies severe enough to require medical care, while around 250,000 people need to carry an EpiPen at all times.

Despite the two allergy cases, vaccination continues with between 5,000 and 7,000 people receiving vaccines per day across the UK. 800,000 Pfizer doses are already in hospitals with millions more on the way.

NHS says the two staff suffered an anaphylactoid reaction to the vaccine, which is milder than anaphylaxis and tends to involve a rash, shortness of breath, swelling of the face and tongue, or a drop in blood pressure.

It is important to state that, during the U.S. vaccine trials carried out by Pfizer, 137 out of around 19,000 people given the vaccine had one or more reactions, with 111 who got the placebo also having allergic reactions.

Reactions to the jab can include a temperature, nausea, swelling of the arm or in severe cases feeling generally unwell with swollen lymph node glands.

A Pfizer spokesman said: “We have been advised by MHRA of two yellow card reports that may be associated with allergic reaction due to administration of the COVID-19 BNT162b2 vaccine.

As a precautionary measure, the MHRA has issued temporary guidance to the NHS while it conducts an investigation in order to fully understand each case and its causes. Pfizer and BioNTech are supporting the MHRA in the investigation.

In the pivotal phase 3 clinical trial, this vaccine was generally well tolerated with no serious safety concerns reported by the independent Data Monitoring Committee. The trial has enrolled over 44,000 participants to date, over 42,000 of whom have received a second vaccination”. 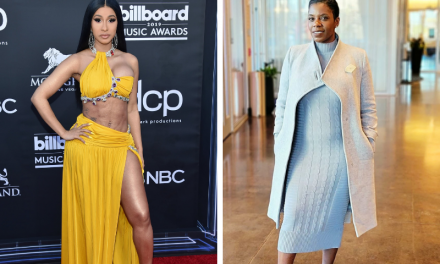