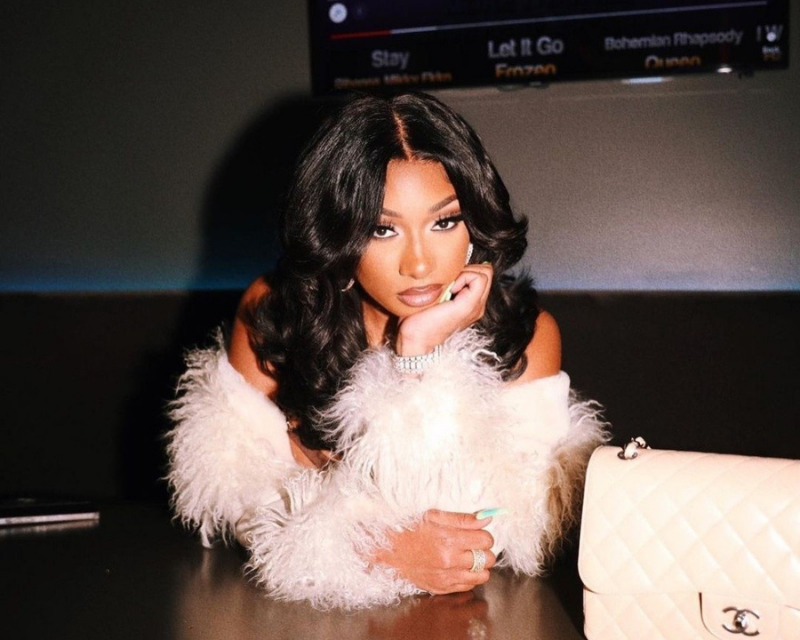 Megan Thee Stallion’s new single ‘Plan B’ is out now.

The ‘Savage’ rapper’s recently previewed Coachella song which left fans in high anticipation has finally been released, and fans already can’t have enough. Following her Coachella preview, Meg was met with multiple requests to drop the track already, which in turn led to the promise of a Friday release.

Meg described ‘Plan B’ as a “very mother f*cking personal,” track and is dedicated to “whom it may the f*ck concern.”

If you was wondering, yeah boy im still that b****😝 pic.twitter.com/L0DAVZGeCe

Megan previously shared the title of the new single, ‘Plan B’ alongside the official cover art.

“Plan B” follows her most recent single, “Sweetest Pie,” which features Dua Lipa. Both songs will be included on the rapper’s upcoming second studio album.

The album will be Meg’s first full-length release since her compilation project ‘Something For Thee Hotties’ last year, and it will serve as the official follow-up to her 2020 debut album ‘Good News.’

Stream Megan Thee Stallion’s ‘Plan B’ on Spotify and Youtube below.