Last year Weezy was arrested for a gun and narcotics charge to which the ‘A Milli’ rapper pled guilty.

Following his plea, a hearing for sentencing was set for Jan 2021 but his lawyer, Howard Srebnick, has requested the court push the date further until March 3rd due to a large caseload. His request was obliged by the U.S. District Judge Kathleen Williams.

The charges against Lil Wayne may see him face up to 10 years behind bars, but with his guilty plea playing a role, the Judge might be more lenient with sentencing.

Do you think Weezy should be spared the maximum sentence of up to 10 years? Share your thoughts below.

QUAVO AND SAWEETIE FREE FROM CHARGES FROM ELEVATOR FIGHT 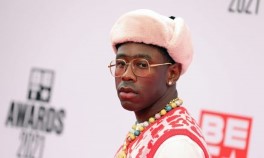 TYLER THE CREATOR SHARES HIS THOUGHTS ON THE LOX VS. DIPSET VERZUZ, GETTING CANCELLED, AND MORE