Chicago rapper Lil Reese was about to start his New Year on a bad note as he left over $20,000 large in the back of his Uber ride.

The rapper took to his Instagram to share the experience with his followers. The caption read: “Can’t believe I just left $20K plus in Uber bro.” Fans quickly took to his comment section to add salt to the wound when they accused the rapper of being irresponsible with others trolling the rapper that he’s money is long gone as the driver won’t return that cash.

However as it often goes with ride-sharing cars, the good driver got in touch and returned Lil Reese’s money. Lucky dude right?

Reese took to social media hours later to update followers that he’s got his $20,000 plus back, “He brought that 20K plus back f*ck yall mean.” There was no mention of the driver being offered a reward for his honesty and Lil Reese’s fans made sure to let the rapper know if they were in the drivers shoes, they wouldn’t return his money.

“You mean to tell me a Uber driver had 20K in his backseat from Lil Reese hahaha sorry I’m moving out of chiraq you taking that L n*gga,” one fan commented.

Another fan commented: “If I was the driver. Then Lil Reese just lost 20k. That ain’t even hard.”

Other fans were more curious to know if anyone else would return the funds, as they took to Twitter to ask the public.

The replies were as expected, have a look at what we mean.

Lastnight #LilReese left 20k in an Uber , the Uber driver later returned it … what would y’all do if you found 20,000$ in the back of a car?👀… pic.twitter.com/p9pjWc9tag

If I was the driver. Then lil Reese just lost 20k. That ain't even hard

That Uber driver doesn’t know it, but he just dodged a bullet like Keanu.

As usual, Twitter did its thing and made jokes out of it. We are glad Lil Reese got his funds back safely and we commend the driver for his honesty. 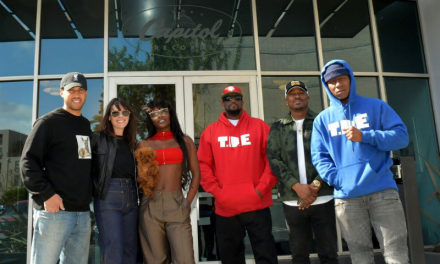