The 27-year-old Black Panther star sparked backlash after sharing (a now-deleted) controversial video to Twitter on Thursday night (December 3rd) which seemingly questioned whether taking covid-19 potential vaccines is safe for our bodies.

The internet outright stormed at the actress with mountains of tweets, debunking her tweet and calling her out for being irresponsible with her platform as a public figure.

Letitia however, took the time to respond to dozens of tweets, in an effort to explain her point of view but the outrage is overwhelming as her tweet had some fans already questioning if the vaccines are safe whilst others are rightly angered by her tweet.

Have a look at several interactions with fans on Twitter.

You have to understand the platform you have & the responsibility that comes with having such a platform.

The video not only has several things disproven by easy googling, misrepresentation of common chemicals, but is also transphobic.

Thats what you shared while tripling down.

my intention was not to hurt anyone, my ONLY intention of posting the video was it raised my concerns with what the vaccine contains and what we are putting in our bodies.

What vaccines contain is tested and verified by scientist. We can have doubts and questions, but also we should trust our scientists, doctors and providers far more than you did. If you don't have officials resources about something, please, don't write and inform yourself.

This whole tweet is one big mess. No we shouldn’t just “trust our scientists” I don’t know them and I sure as hell going to question anything and everything pertaining to the vaccine before putting it in my body.

Have you ever eaten in a restaurant before? Did you personally know each worker in that restaurant you've been to? Have you "questioned anything and everything" about the food you were putting in your body? Were you 100% it wasn't made of rat poison? +

Ask yourself why you're applying this skeptical process only for vaccines, when it could be applied for almost everything we "blindly" do 24/7, BUT a meticulous process, standardized in most countries, made by people that spent most of their lives studying for?

What are your thoughts on the matter? Leave your comments below. 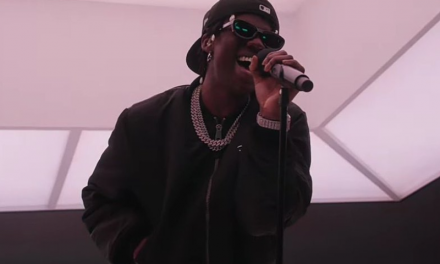 ADELE SOARS ATOP THE UK ALBUM CHARTS WITH 30 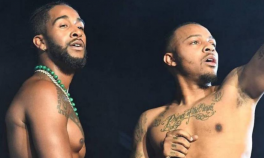 BOW WOW & OMARION TEAM UP FOR UK EDITION OF ‘THE MILLENNIUM TOUR 2021’ WITH SOULJA BOY, PRETTY RICK, AND MORE TO PERFORM

DIDDY CALLS OUT DR. DRE FOR A VERZUZ BATTLE DURING FAT JOE’S INSTAGRAM LIVE SESSION, WHILST CLAIMING ‘I’M THE GREATEST’