It’s official, Lady Leshurr has been confirmed as a contestant on the upcoming series of ITV’s popular TV show, ‘Dancing On Ice!’

Taking to Twitter this morning, Lady Leshurr announced the news with the caption “Guess who’s skating around the truth and managed to get on Dancing on Ice?”

Guess who’s skating around the truth and managed to get on Dancing On Ice? 😂 Who am I kidding, I can’t skate to save my life 🤦🏾‍♀️ so this will be interesting @dancingonice ⛸⛸ pic.twitter.com/Nw0jePe37H

This makes Leshurr the tenth celebrity to be confirmed for the 2021 series. The Birmingham artist will be going up against the likes of Rebekah Vardy, Colin Jackson, Denise Van Outen, Myleene Klass, and more.

Speaking to hosts Perri Kiely and Jordan Banjo of Diversity on KISS FM, she said

“Oh my gosh, I don’t know what I’ve got myself in for, but everyone knows me to be that person to just throw myself in at the deep end and I just wing it a lot of the time.

I’m petrified, [but] I’ve always wanted to ice skate so what’s better than doing it in front of millions of people. I’m looking forward to having a new skill, [skating] backwards and just showing off in front of my friends.”

The runner-up on last year’s series, Perri offered some advice saying, “Whenever you can just get on the ice, you’re going to enjoy it, you’re going to have a blast.” He then joked “If you do a music video on the ice bring me in!” 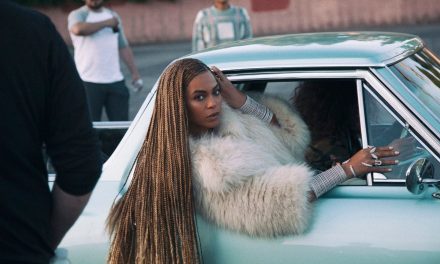