Taking to Twitter, Kid Cudi celebrated being cast in his first-ever horror movie. The movie will be written by and directed by Ti West with A24,  Jacob Jaffke, Kevin Turen, Sam Levinson, and Ashley Levinson producing through their Little Lamb Productions whilst Scott Mescudi executively produces.

My first horror movie w one of the illest dudes in the game Ti West. 😱🤢🤮 siccccckkk

The movie will cast Mia Goth, Kid Cud, and currently in talks to add Jenna Ortega will be a Horror Thriller as described by Deadline and is set to begin production in early 2021.

The details of the plot is being kept under wraps for obvious reasons but is expected to have similarities to West’s past films. Ti West is currently working with Amazon on the series ‘Them: Covenant’ and has recently directed the western ‘In The Valley Of Violence’ which starred Hawke and John Travolta, and also directed ‘The Sacrament.’

Kid Cud however is having an amazing year as he can be seen on HBO’s ‘We Are Who We Are’ which is directed by Luca Guadagnino and he recently announced the launch of an interactive live music app Encore as well as teasing the upcoming third entry in the ‘Man on the Moon saga’ which follows his collab with Eminem on ‘The Adventures of Moon Man and Slim Shady’ during the summer.

Congratulations are in order for Kid Cudi. 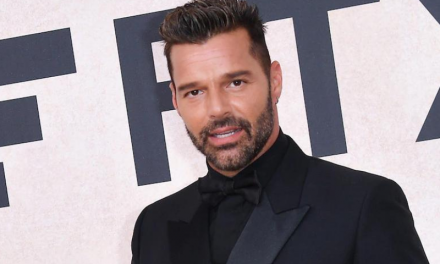 RICKY MARTIN ACCUSED OF INCEST AND DOMESTIC ABUSE BY NEPHEW

MOVIE TRAILER FOR ‘WITHOUT REMORSE’ STARRING MICHAEL B. JORDAN RELEASED