She served us a picture of her growing bump. This will be her second child with her husband Tim Weatherspoon.

In the interview, the Destiny’s Child singer revealed she fell pregnant fairly soon after the lockdown began. She said, “We had been talking about it loosely, and then COVID happened, and we were just like, ‘Let see what happens.’”

She made it clear that taking care of herself is important to her. She said, “Being able to have a child…I’m knocking at 40’s door in February. Taking care of myself means a lot to me.”

This was her take on motherhood and her career, “I was thinking, Oh my God, my fans are gonna be so disappointed…They wanted an album first, but they got a baba! And I was like, ‘I have to figure this out so they got both.’”

SURPRISE!! My @womenshealthmag cover issue is online now and on newsstands next week!

When asked about raising two Black children in the middle of racial tensions, she recalled the day George Floyd was tragically killed during an arrest by white police officers in May. She added, “I’d just put Titan to bed. I got into the shower, and I had this really hard, ugly, deep cry. Because I promised to protect my kid. That was the main thing I was thinking about: protecting this little innocence.”

Kelly has confirmed that she’s due later this year but didn’t reveal the baby’s sex. Very soon Titan will have either a little brother or sister to play with.

JHENE AIKO EXPLAINS WHY SHE STOPPED USING THE N-WORD IN HER MUSIC. 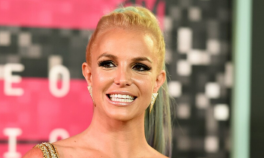 SAM SMITH LOOKS TO HAVE DUETS WITH CELINE DION AND BEYONCE