Daisy Dove Bloom’s mother has some accolades to her name. These include being the first female ever to have the highest certified single with 2010 single ‘Firework’ hitting 12x Platinum status in the history of RIAA.

She was also part of the female singers with a top 40 hit in three or more decades with the help of her single ‘Daisies.’

Now with a whopping 3.2 billion views to its credit, her single ‘Roar’ is recorded in the books of YouTube as it’s most-viewed female music video ever. You can tell the gap it gave Taylor Swift’s ‘Shake It Off’ which has 2.98 billion views.

‘Roar’ which is the lead single from her 2013 ‘Prism’ album debuted at No.1 after it’s release with 557,000 digital copies sold in its first week and was seen as the second biggest debut sales among females at the time. It went on to be certified Diamond in the United States with sales equivalence of 10 million. 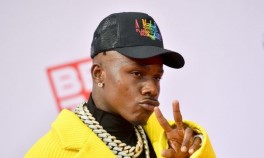