Similar to Taylor Swift’s ‘Miss Americana’ documentary, Katy will be revealing footage from her time in the studio and on tour since the release of her album ‘Witness’ back in 2017.

Revealing her plans to The Daily Star, Katy said:

“At first there was a thought about putting something out, but as time goes on the story gets juicier. I say that because I think that ‘Witness’ time of my life is just one chapter in a very large book that is yet to be finished.

She also added: “What I was really ­impressed by was Taylor’s documentary.

That whole time she’s just been documenting intense amounts of footage and that’s not over one tour or one record cycle.”

Fans sure do love to see behind the scenes as it gives them a sense of personal connection to the stars. 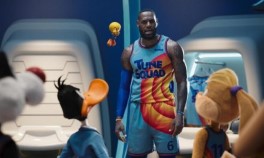