The ‘Rock The RunOff’ virtual concert which will be hosted by Stacey Abrams and Kerry Washington is set to stream today December 3rd at 9pm ET. The virtual concert is meant to increase awareness and encourage voter turnout, and also raise funds toward Fair Fight’s voter mobilization efforts.

Speaking on the forthcoming event, Abrams said: “We are excited to bring together a diverse set of world-renowned talent for Fair Fight’s Rock The Runoff Virtual Concert. As we approach the January 5 Senate runoffs in Georgia, we must meet voters and supporters where they are; and reiterate how critical these elections are to the future of our nation.”

Hope you will be tuning in for the show tonight? 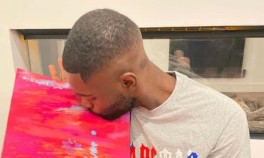