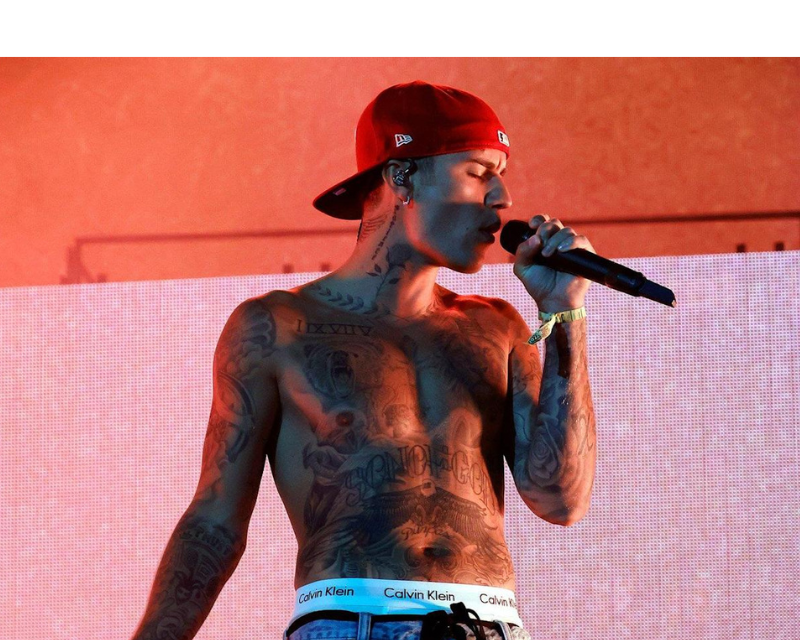 Justin Bieber makes his first appearance on stage after announcing that he’s been diagnosed with Ramsay Hunt syndrome, back in June.

Resuming his tour with a performance at the Lucca Summer Festival in Italy, Bieber took to social media to share the news with followers, writing: “Luv u guys and I missed you.”

He then shared another post, in which the ‘Holy’ singer can be heard talking with the crowd:

“Guys, I want to say thank you so much for having me back. This is my first day back,” he said to the crowd. “It’s so good to be here. As some of you guys know, the Justice Tour is about equality. It’s about justice for all. No matter what you look like, no matter your shape, your size, your ethnicity. We’re all the same, we’re all one. We know that racism is evil. We know that division is evil. It is wrong. But we are here to be the difference-makers, and I want to say thank you to each and every one of you guys for being a part of this tour tonight.”

Hailey Bieber also posted Bieber’s performance on her IG Stories, with the message “Back!!!!!” healthy, and his biggest supporter.”

Bieber previously had to cancel all commitments following the announcement of his diagnosis. He posted a video at the time that showed the Canadian superstar paralysed on the right side of his face.

Explaining the reason for the cancellations, Bieber stated:

“So for those who are frustrated by my cancelations of the next shows, I’m just physically, obviously, not capable of doing them. This is pretty serious, as you can see. I wish this wasn’t the case, but, obviously, my body is telling me I gotta slow down.”

In a recent interview with Extra, Usher updated fans on Bieber’s health after they recently “managed to hang out,” saying that Bieber was “doing great.”

Throughout the upcoming months, Bieber will perform in Europe, South America, South Africa, the Middle East, Asia, Australia, and New Zealand. He also has additional performances set for Europe in early 2023, according to Rolling Stone.

New dates for his North American performances have yet to be announced.

Keep it locked to YEEEAAH! Network for more updates.

THE WEEKND IS THE COVER OF ROLLING STONE