Joe Biden has been named President of the United States after beating Donald Trump to the required 270 electoral college votes.

The news broke from multiple sources. Their win ends the reign of Donald Trump, who was elected to the highest office in the land back in 2016.

“I am honoured and humbled by the trust the American people have placed in me and Vice President-elect Harris. In the face of unprecedented obstacles, a record number of Americans voted. Proving once again, that democracy beats deep in the heart of America.

With the campaign over, it’s time to put the anger and the harsh rhetoric behind us and come together as a nation. It’s time for America to unite. And to heal. We are the United States of America. And there’s nothing we can’t do if we do it together.”

This election is about so much more than @JoeBiden or me. It’s about the soul of America and our willingness to fight for it. We have a lot of work ahead of us. Let’s get started.pic.twitter.com/Bb9JZpggLN

Here are tweets from celebrities who are happy about the news

Celebrating with my children this new phase of unity and healing that begins now with Biden as new president elect.

There’s more work than ever to be done, but a moment of pause and relief is warranted here for so many Americans who deserve it after so much fear. It’s nice to see a celebration after all these years. 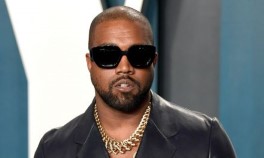