John Boyega directed and starred in the original advert ‘London Gent’ which was set in his neighborhood of South London Peckham.

In another version of the advert meant for China, John and all-black actors were cut out but the same scenario was replicated.

Jo Malone said: “We deeply apologize for what, on our end, was a mistake in the local execution of the John Boyega campaign. John is a tremendous artist with great personal vision and direction.

The concept for the film was based on John’s personal experiences and should not have been replicated.”

And added: “While we immediately took action and removed the local version of the campaign, we recognize that this was painful and that offence was caused,”

“We respect John and support our partners and fans globally. We are taking this misstep very seriously and we are working together as a brand to do better moving forward.” 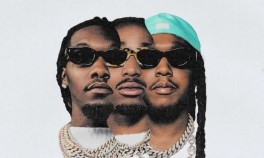