Halsey has opened up after being snubbed once again by the Grammys. The 2021 Grammy Awards nominations were announced on November 24th with Beyonce leading with 9 nods, followed by Taylor Swift, Dua Lipa and Roddy Ricch with 6 nods each.

Halsey took to her Instagram Stories to write “I’ve been thinking and wanted to choose my words carefully because a lot of people have extended sympathy and apology to me since the Grammy nominations,” on Saturday, November 28th. 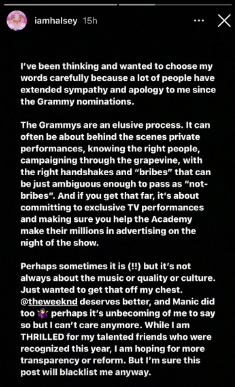 The Grammys are an elusive process. It can often be about behind the scenes private performances, knowing the right people, campaigning through the grapevine, with the right handshake and ‘bribes’ that can be just ambiguous enough to pass as ‘not bribes.

It’s not always about the music or quality or culture. While I am THRILLED for my talented friends who were recognized this year, I am hoping for more transparency or reform. But I’m sure this post will blacklist me anyway.’” 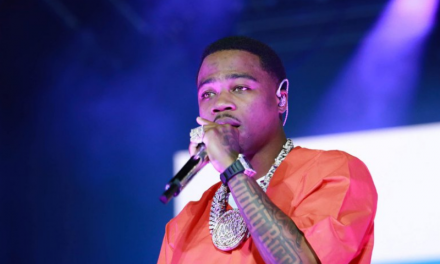