In a challenging year like 2020, it is even more impressive what Interscope boss John Janick and his team have achieved amongst some of their best talents on the label.

Billboard Magazine covered Janick and three of his most talented stars on the latest issue of the magazine, where they all share their experiences through the year as well as working with the label.

John Janick on the devastating year said: “It’s hard not to look at this year as a really difficult one. Supporting each other as a company through all of it, and learning and growing, I think that’s probably the positive for us. Whenever you face difficult things, you kind of see who people really are. Sometimes people freak out — and sometimes people are the calm in the storm.”

On his long term strategy for Interscope:  “You try to fit things into a box in 2020, you’re missing out completely. It’s like compounding interest. You have to super-serve the big artists, keep breaking new ones and keep developing other artists that become your breaking ones, and then they become your big artists.”

On the late Juice WRLD…
“When I first listened to Juice WRLD, I fell in love right away, because I thought the music was amazing. But it’s [also] how he listened to emo music and hip-hop growing up. He listened to Fueled by Ramen records that I put out — Fall Out Boy, Panic! at the Disco.”

On Interscope’s 30th Anniversary in 2021…
“Even though I work for a company today, I still treat it like it’s my own company. I want to do everything possible to make sure it’s run the right way, that the people are taken care of and we have a great business that’s going to last for a long time, which I think is what entrepreneurs are focused on. They’re not focused on quarters — they’re focused on the long term.”

His treasured stars also weighed-in starting with Selena Gomez. On working with Janick, she said:

“What drew me to Interscope is not only the talent they have, but really just John. In my hard times, or if I couldn’t figure something out, he was always on my side. And we’re like best friends — I can call and ask him about anything. He’s got a heart in this crazy industry.”

On her success in 2020…
“There’s this bittersweet feeling, of course. I would much rather the world be in a better place. Yet at the same time, it was so beautiful to see that my music could hopefully bring some people some sort of joy in the midst of it.”

On her collaboration with BLACKPINK…
“The idea of doing something with a dominant girl group, bringing their culture here — and obviously they did equal for me over there — it just seemed so perfect.”

Next is Dababy where he shares on his Interscope team adapting his promotion campaign in 2020: “Everybody just had to adapt, find new ways to market themselves and their music, and I feel like we came out on top at the height of the pandemic.”

On Rockstar…
“When I made ‘Rockstar,’ I knew it was a monster record. What I tend to do when I drop a project, the first song I throw out is not the one that I want to stick. That’s just to get the fans ready.”

What a year for the record! Your thoughts? 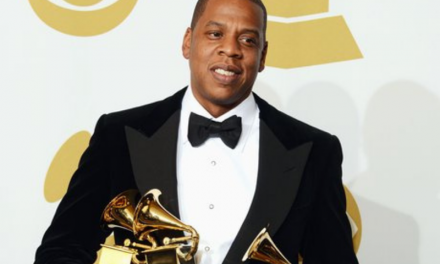 JAY-Z NOW HOLDS THE RECORD FOR THE MOST GRAMMY NOMINATIONS IN GRAMMY HISTORY.