It seems Wiley enjoys feuds especially if it has Stormzy in it. To rekindle the fading feud between Stormzy and Chip, Wiley has promised to release a diss track.

Last week was sizzling hot as Chip shared a video which reportedly shows Stormzy showing up outside his flat fired up for a confrontation. And it was followed by a diss track ‘Flowers’ released throwing more shots at Stormzy.

Wiley weighed in on the feud and warned Stormzy, who he had beefed earlier this year, to “be careful.”

As of now there hasn’t been any engagement from Stormzy and Wiley has decided to make his war, this time promising to come for his rivals Dizzee Rascal and Skepta too.

Currently, on a video circulating on social media, he said, “Oi, if you don’t reply mate [Stormzy], I will bury all three of you and I’m not joking…If you don’t reply Stormzy in a few days time, yours, Skepta’s, Dizzee’s, all of your head tops are coming off. No cap [lie].

Remember all that 24 hours talk… bruv, even when they said that I was like, how can anyone tell me about any hours? I’m quick fast replier. I don’t let now war hang, about you, ’re telling me about 24 hours. Are you dumb? Telling me what to do, you idiot, Where are you now?” 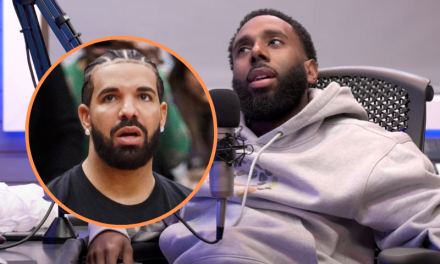