It’s less than a month since the Savage x Fenty Show vol. 2, and just like the Muslim community another person who is not quite happy with Rihanna is Selah Marley.

Taking to Instagram on Thursday, the daughter of Lauryn Hill and Rohan Marley accused Rihanna of copying visual concepts from her 2019 art exhibition.

Quite a few friends brought this up to me & I wasn’t gonna say anything about this, but I’m bothered. For those who remember, I did “A Primordial Place” in May 2019.. I put my heart & soul (& all the money I had) into this project and…. I don’t know. Is it just me? As a young, independent, female black artist, I genuinely feel robbed. I’m not signed to any label.. I don’t have any investors. I just have myself & the people who support me. It took A LOT to pull this together & to see it replicated almost exactly with no mention of my name or the work I previously put in is just ridiculous. The first photo is the recent Savage x Fenty show. The other photos are A Primordial Place. What do you think?

According to Marley, friends and fellow creatives have been reaching out to her point out the resemblance and while she initially chose not to say anything, she eventually felt compelled to speak out.

still very high off this project. still speechless. still exhausted. still excited. now, broke. lol. but, i have SO much content coming for this. stay tuned. 💘

She asked her fans for their thoughts on images she shared, which she described as a “blacklight jungle circus,” and Rihanna’s plant-filled Savage show.

The responses that came in shows that fans are on the split regarding the claims laid by Selah Marley,

One wrote, “Looks the SAME to me that’s why as a creative I’m so afraid to share my talents online in fear that someone else will steal it and get the recognition.”

But others were also quick to dismiss her claims on said, “multiple people have done this concept before you and rihanna,” another said, “Girl Rihanna copied herself from the 2018 show just calm down.” 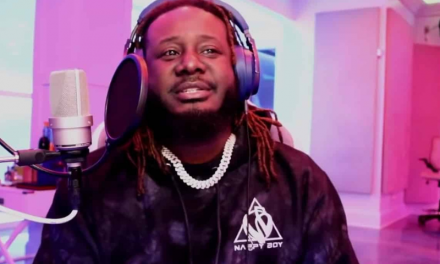 T-PAIN SHARES ABOUT MAKING MORE MONEY THROUGH GAMING IN THE LAST 4 YEARS, THAN HE’S MADE IN MUSIC 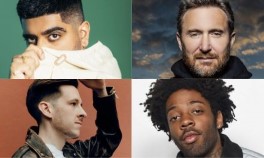