Reports from Page Six, will have as believe Kim Kardashian may be gearing up to leave Kanye West.

Per Page Six, a source close to the couple said: “Kim has the whole divorce planned out,” our insider shared, “but she’s waiting for him to get through his latest episode.”

Kanye West admitted in an interview months back that he stopped taking his meds for his bipolar disorder and said it hinders his creative.

Months later, his decisions since then may seem Kanye could be having several episodes with numerous Twitter rants, going on about Abortion and recently about his music deal with his record label.

Reports insinuate that, Kim would have left Kanye back in July when he stood at a rally and said: “I almost killed my daughter, No more Plan B, Plan A.”

Kanye’s recent tweet to his daughter where he talks about being potentially murdered has sparked concern again.

He said: “NORTHY I AM GOING TO WAR AND PUTTING MY LIFE ON THE LINE AND IF I AM MURDERED DON’T EVER LET WHITE MEDIA TELL YOU I WASNT A GOOD MAN,” West tweeted, adding, “WHEN PEOPLE THREATEN TO TAKE YOU OUT OF MY LIFE JUST KNOW I LOVE YOU.”

Could this be the last tweet that helped Kim make up her mind?

Reps for the couple haven’t yet responded to requests for a comment. 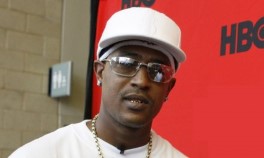