Strong on the promo-train for her two new singles ‘Damage’ and ‘Hold On’, H.E.R. has been making several appearances on live shows lately and with stunning performances like on SNL, we might just see her on a few more.

That was just the beginning of her domination though, as she was the cause of ‘Damages’ made on the ‘Jimmy Kimmel Live!’ show with a rendition of her ‘Damage’ track. The show had her on as a musical guest for Tuesday night, October 27th.

Currently, all the live performances are paying off as the singer strengthens her spot on the R&B sales chart with ‘Damage’ in #1 and ‘Hold On’ close by at #3. These are good signs for the singer as she is prepping for her debut on the Billboard Hot 100 next week. 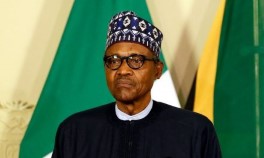 P!NK REFLECTS ON BEING PITTED AGAINST BRITNEY SPEARS & CHRISTINA AGUILERA BACK IN THE DAY