November 19th will see Gucci Mane and Jeezy in a Verzuz battle as Gucci took the liberty to announce the Verzuz battle on social media.

It appears that the battle will be taking place at the same time as already announced Verzuz battle between Jeezy and T.I. as earlier news this week stated that Gucci turned down the opportunity to go back-to-back with Jeezy.

Jeezy stated that “Swizz [Beatz] called me and I was like ‘Yo, Swizz…If I do it, there’s only one person I’d do it with. And he was like ‘Who?’ ‘Gucci, reach to him. Let me know what’s up.’

Swizz hit back and said he respectfully declined. Cool. Done. Kept it moving. I was gonna do it for the culture.” This was during an interview with The Breakfast Club this week.

But judging from the flyer the battle between Jeezy and Gucci is a real deal. 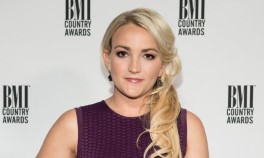