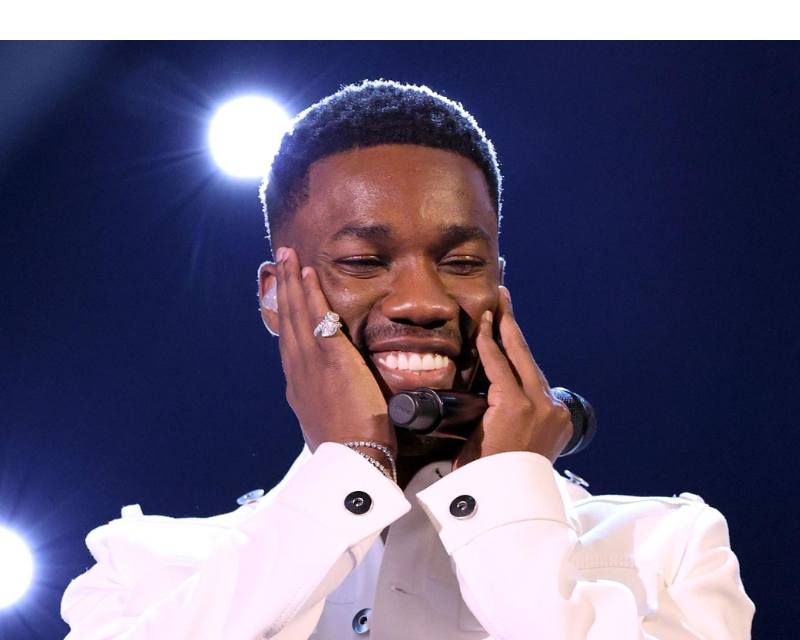 Fresh off the heels of his 2022 BET Awards performance, singer-songwriter, Giveon, made an appearance on Jimmy Fallon’s ‘Tonight Show,’ where he unleashed an epic performance of his single, ‘Lie Again.’

Ahead of his forthcoming headlining tour which begins in mid-August, Giveon is promoting his debut album, ‘Give or Take,’ and with stops including his performance on the Tonight Show, the ‘Stuck On You’ singer is giving fans a taste of what to anticipate for the wildly-awaited stops.

Watch Giveon perform uninterrupted at ‘The Tonight’ show below.

Giveon also addressed his lighthearted comment about BET sabotaging his microphone during his performance on stage.

Furthermore, the talented artist has just landed himself three new certifications by the RIAA. ‘When It’s All Said And Done… Take Time,’ his 2021 compilation effort, has been certified Platinum by the Recording Industry Association of America (RIAA) for the sales equivalent of 1,000,000 copies.

Additionally, the status of his song “Stuck On You” has been upgraded to Platinum. Also His first hit single, “Heartbreak Anniversary,” has reached 4x Platinum status.