FRESH VIDEO: STORMZY – MEL MADE ME DO IT

Ahead of the Croydon MC’s forthcoming album drop later this year, Stormzy has released his first solo effort in nearly three years, dubbed ‘Mel Made Me Do It,’ alongside a star-studded visual treatment.

The 7-minute body of work, which features Stylo G and Wretch 32, with ‘I May Destroy You‘ writer and actress Michaela Coel narrating the latters powerful monologue. As we have come to expect from Stormzy, the tracks Stormzy’s unrivaled delivery maintains the focus, as the single stands out for its minimal, progressive accompaniment that buzzes along with cutting 808 rhythms and manipulated string work.

Wretch 32’s voiceover gives the song further emotional weight as Coel somberly intones: “Today, we speak about foundation. Many great Black influential giants have touched people, from soul to soul, throughout many generations.

“It’s often ‘greatness’ comes to mind, but footballing legends like make Ian Wright greatness come to sight. Our DNA empowers us. We can make a song and dance out of everything. Our genes are enriched – it seems there is not a seam out of place in our fabric…”

Directed by KLVDR, the 11-minute accompanying visual includes several short stories, featuring the likes of Dave, Headie One, Little Simz, Louie Theroux, Malorie Blackman, Usain Bolt, and more, who all further highlight the gravity of the narration by Coel.

While unverified as of this writing, it is widely believed that Stormzy’s third album, which the Croydon MC indicated will be out before the end of the year, will include the song “Mel Made Me Do It.”

He revealed it during the opening performance of his most recent UK tour while teasering fans with a video showing him in a studio working on the record. The clip ends with the message, “Album 3. Coming 2022,”

Check out the star-studded collaborative video below.

FRESH ONES: EDENS BACK – DON’T LEAVE 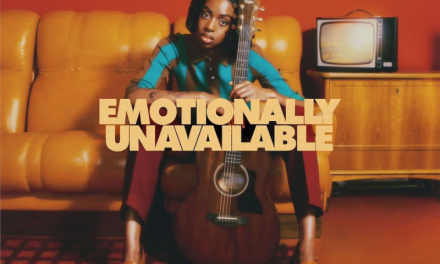