Taking to social media on June 1st, Jack Harlow announced the release of his visuals for the Drake-assisted ‘Churchill Downs’ track, which is housed by the rapper’s recently released album, ‘Come Home The Kids Miss You.’

The visuals for ‘Churchill Downs’ follow the release of Harlow’s ‘First Class’ music video from the same album, which has received critical acclaim globally and on social media platforms such as Snapchat and TikTok.

Harlow is also gearing up for his upcoming ‘Come Home the Kids Miss You Tour,’ which will also feature City Girls.

Check out the stunning visuals for ‘Churchill Downs’ below. 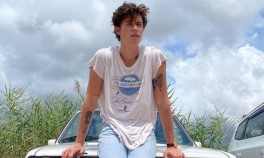