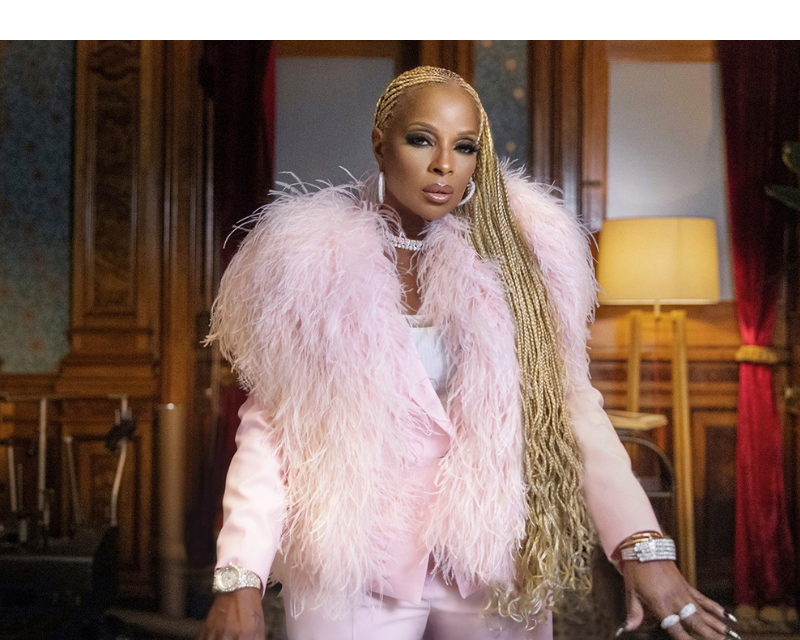 For a five years wait on ‘Strength of a Woman’ and ‘Good Morning Gorgeous,’ Mary J Blige wows fans with an album.

The LP has 13 tracks on it, including her already released singles “Amazing,” “Good Morning Gorgeous,” and “Rent Money.”

Per a press release, the title of the album has been used by fans on TikTok to express and promote self-love, self-empowerment, and self-care with over 40,000 total creates, and is growing 40 percent every week.” The album was produced with the likes of London on da Track and Cool & Dre, among others.

The 51-year-old singer who was inducted into the walk of fame in 2021 by Apollo Theatre as the Queen of Hip Hop Soul joined the ranks of Aretha Franklin, Little Richard, Patti LaBelle, Quincy Jones, Ella Fitzgerald, Smokey Robinson, and The Temptations.

Kamilah Forbes an executive at Apollo heartily told the fans who were waiting outside the theater to pay homage to the R&B singer.

“Miss Blige is more than the Queen of Hip-Hop Soul, she is a multi talented artist who has paved the way for many of the artists we see today, and also “is one of the defining voices of our generation” and helped “redefine what R&B and Hip-Hop could be.”

The Queen of Hip Hop Soul will be performing with Dr. Dre, Snoop Dogg, and Kendrick Lamar at the Super Bowl LVI halftime show this Sunday.