Fans of Coldplay and BTS are overwhelmed by the strong emotions generated from the collaboration, which birthed the latest banger in the stratosphere, as it appears the earth is no longer able to contain the duo.

Naturally, their joint effort is already climbing the charts around the world and trending on Twitter, with the ARMY pledging their allegiance to My Universe.

‘My Universe’ arrives not long ago after BTS announced a live-stream concert for next month. The confirmation for the live stream event came after the group was forced to cancel their international tour, ‘Map Of The Soul world tour’ which included Korea, Japan, America, and Europe.

The forthcoming virtual event which is slated for October 24th is dubbed BTS Permission to Dance, but not much else has been revealed ahead of the event. 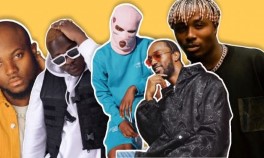