Yesterday, co-founder of Jacuzzi Studios and Yellow Fish Groups Luke Biggins passed away. The renowned music video director has experience for decades, in multiple different genres. Some of the artists that Biggins has worked with are Moorish Delta 7, Jodie Connor, and Jaykae and more. Apart from being a music video director, Biggins was also a freelance camera operator, producer, and executive producer, as shown on his LinkedIn profile. Jacuzzi Studios, which he co-founded in August 2010, has worked with many artists such as JLS and Enrique Iglesias. Yellow Fish Groups, which he also co-founded in 2017, to deal with both renowned artists and independent musicians.

After graduating from Staffordshire University in 2001 with a degree in Media Production, he released videos beginning in 2006. The first music video that is uploaded on Biggins’ YouTube channel is  Podgy Figures – Bachelor Life (2006). This music video takes us to the clear skies of Spain. It is filled with the luxury of fast cars, beautiful women, and champagne. The music videos captured the exotic beats mixed with classic UK Hip-Hop. All the while, there is a shady business involving a certain CD, which is revealed to be Podgy Figure’s latest album. This was far from Luke Biggins’ best work, as this list will provide some of the music video director’s greatest works. Hopefully, his journey may inspire others to become music video directors in their own way.

The earliest song that has a music video directed by Biggins on Biggin’s YouTube channel is this one. The rap beat often associated with hip-hop rap is matched with the cinematography of alleyways, basketball courts, and graffiti-covered walls. It’s simple by today’s standard. However, it was complementary to the social connotations of the lyrics.

Sing 4 Me is an electro song you’d find at a club. It’s upbeat, fast, and makes you want to get on the dancefloor. The haunting hypnotic choir in the background adds to the atmosphere. At first, the music video starts slow. Ghetts is heading somewhere mysterious. Soon, it is revealed the destination is an underground club. The music video hits all the notes of combining the dark aesthetic to the dancefloor we expect to be on ourselves when we hear this at the club.

Like the others on this list, Dash Out features a heavy emphasis on rap. Unlike the others, there is no storyline in the music video. Instead, emphasis is put into the different backgrounds these animations provide. From a slow drip effect to a moving beat frequency, it is these moving animations that make the music video interesting. The fast-paced editing and cuts add to the quick pace of the music.

With over 189 million views as of writing this article, this must be one of Biggin’s most known works. Whilst the others show his progression with both filming and editing, this shows his finesse in these areas. Within the first 30 seconds, we already start to see a story forming. The camera is dynamic, slowing down for emphasis and moving to give us a grand scope of the setting. Add the colour grading and effects, and you have one good-looking music video.

With a song detailing the struggle of street life and trying to survive, it is not going to be set in the luxury sunshine like Hurtin’ Me and Bachelor Life. This is probably a realistic music video. As he does in The Rain, Biggins starts with panning of a building. However, it takes its time and emphasis the flats are not the best place to live before showing any people.  This tells the audience that there are no luxuries and immediately sets the tone for the whole video. There are also fewer fancy effects and lens flares than in the previous two. The music video doesn’t need it as it speaks for itself.

Luke contributed so much to many and with this small effort to celebrate this legacy, Luke Biggins, YEEEAAH! Network salutes you. 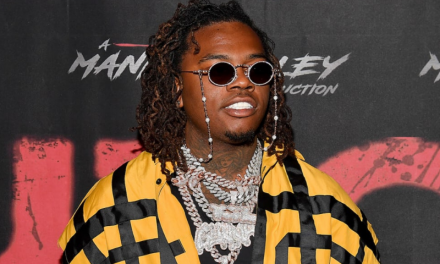