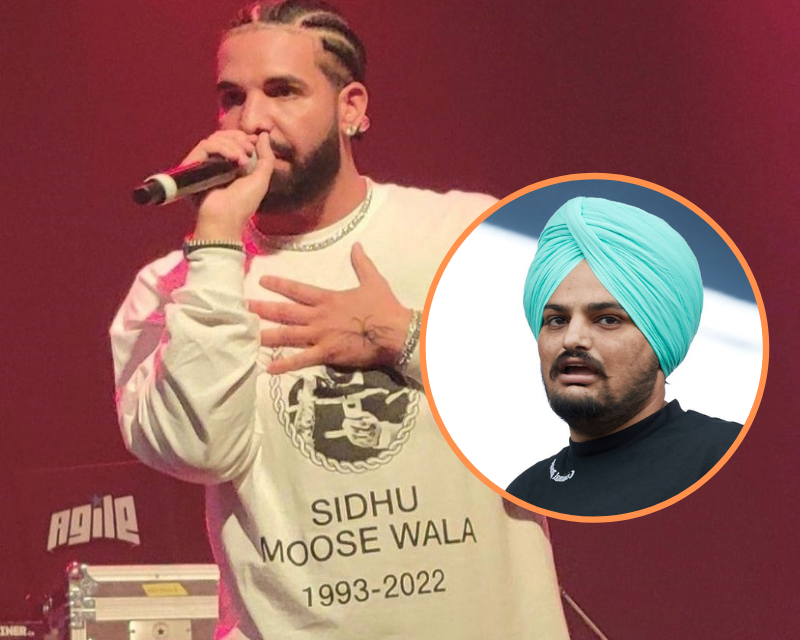 Fans of Drake seem to be convinced that the Canadian rapper has a collaboration record with the late Brampton-based Punjabi rapper Sidhu Moose Wala, who was recently gunned down in India.

The speculation is derived from Drake’s recent adorning of a t-shirt honoring the late Punjabi musician during his All Canadian North Stars performance last month.

Taking to social media this week, D-Teck, a seasoned New York DJ and the CEO of Wazzup Media Group, has been hinting that Drizzy is working on a composition that would posthumously feature the late rapper.

D-Teck began with the tweet, “Be Patient !” It’s coming..” before adding, ” stop asking me for details 😄”

Be Patient ! It’s coming 🚜 🦉 stop asking me for details 😄

The tweet, which also included emoji’s of a tractor and an owl, gave subtle hints in regards to what his statement meant, since the late rapper was a son of a farmer and frequently made references to the HMT 5911 tractor type in his songs. As is well-known, Drizzy is undoubtedly a huge owl fan, case in point, his OVO logo.

Subsequently, D-Teck retweeted a collab made by a fan which features Drake and Wala, mixing lines from Drizzy’s “Chicago Freestyle,” before dropping a not-so-subtle hint later on.

What make y’all think a 🚜x🦉 collab is impossible or far fetched when they were both was fans of each other and respected each other a lot ?

Reiterating his stance, the New York DJ retweeted a tweet from a fan, who suggested that “Drake is listening to recorded vocals of sidhus,” adding, “And based on those vocals song will come. People forget drake had a MJ feature on one of his albums a few years back 🤷🏻‍♂️”

It’s happening, Drake is listening to recorded vocals of sidhus. And based on those vocals song will come. People forget drake had a MJ feature on one of his albums a few years back 🤷🏻‍♂️

Back in May, Wala was reportedly shot dead in the Jawaharke village of Mansa district in India, while on his way to his hometown, Moosa.

According to reports in the Indian news, Wala, died while being transported to the hospital only two days after the government removed protection of “two gunmen.”