After months of court hearings in the ongoing divorce case between Dr. Dre and wife Nicole Young, a Judge has made the decision to let Dr. Dre of the hook for the acclaimed expenses to which wife Nicole was requesting to be paid $5 million.

In earlier reports, Nicole Young was requesting $5 million from Dr. Dre, with $1.5 million going to her security and safety as she had been receiving death threats.

The remainder of the money was to go to other costs, including clothes, entertainment, cell phone bills, and more, and that amounted to an eye-watering $2,530,000 per month.

Dr. Dre has agreed to foot all of her legal bills including her expenses, but Nicole Young made mention of Dre being too controlled and not being able to fire the security if they disobeyed his orders. Hence her reason for wanting to hire her own security team. 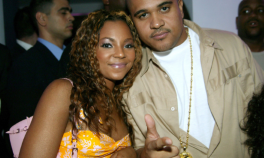 ASHANTI SLAMMED BY IRV GOTTI FOR RE-RECORDING HER ALBUMS

NETFLIX PURCHASES TWO ‘KNIVES OUT’ SEQUELS FOR OVER $400M