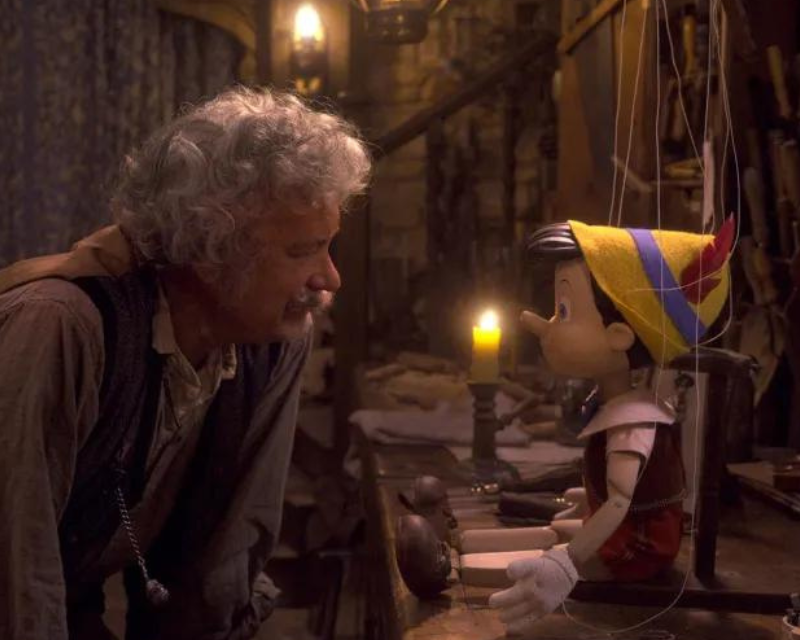 Disney has teased the remake of Pinocchio by releasing its first trailer for the film on all platforms.

Sharing the trailer on Twitter, Disney wrote: “When you wish upon a star…⭐

Watch the trailer for the all-new live action #Pinocchio and stream the movie, a #DisneyPlusDay premiere, September 8 on #DisneyPlus. 🧚🪄”

When you wish upon a star…⭐

Watch the trailer for the all-new live action #Pinocchio and stream the movie, a #DisneyPlusDay premiere, September 8 on #DisneyPlus. 🧚🪄 pic.twitter.com/aNtGcNaTE1

Set to premiere on September 8th on Disney Plus, the film will combine live-action and computer animation to tell the same story as Disney’s original 1940 cartoon.

It follows Gepetto, a lone woodcarver. Gepetto is visited by The Blue Fairy, who brings Pinocchio to life after he carves a puppet of a small child named Pinocchio. Should he is to remain ‘brave, truthful, and faithful,’ she vowed to turn him into a real boy. Pinocchio is put to the test as he follows the talking cricket Jiminy Cricket through a series of encounters with some suspicious characters.

The trailer shows Gepetto putting the finishing touches on Pinocchio’s puppet at his workshop. After wishing for a boy from the stars, he is visited by The Blue Fairy, who draws Jiminy’s attention.

The full cast for Pinocchio includes Tom Hanks as ‘Gepetto,’ Benjamin Evan Ainsworth as ‘Pinocchio,’ Cynthia Erivo as ‘The Blue Fairy,’ Joseph Gordon-Levitt as ‘Jiminy Cricket,’ Luke Evans as ‘The Coachman,’ Keegan Michael-Key as ‘Honest John,’ and Lorraine Bracco as ‘Sophia the Seagull.’

Pinocchio will be voiced by Benjamin Evan Ainsworth, who previously worked with Disney on the 2021 series Flora & Ulysses.

Watch the full trailer below.

DISNEY READYING A SEQUEL TO ‘THE LION KING’