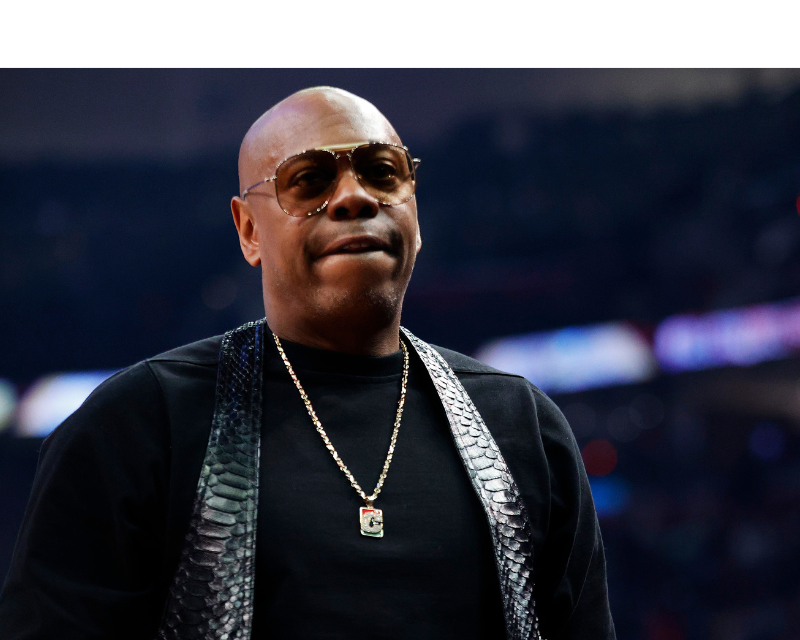 As widely reported, Chappelle was performing at the Netflix Is A Joke festival on Tuesday night (May 3), when he was “tackled” by a man with a replica gun that allegedly shoots out a knife blade.

Despite the fact that the incident was witnessed by thousands of people and that multiple recordings were shared online, the attacker will not face felony charges as prosecutors determined that the evidence did not substantiate felony conduct, regardless of the fact that criminal conduct was demonstrated.

Chappelle’s attack comes after the comedian faced backlash for remarks in his Netflix comedy special dubbed ‘The Closer,’ which appeared to have enraged the transgender community.

Following the statement by the Attorney’s Office, 50 Cent took to Instagram to complain about the decision to not charge 23-year-old Isaiah Lee with felony conduct.

“oh Shit, is the LGBTQ gonna kill dave right in front of us ?,” Fif began. “he had a weapon a gun, knife how he or she don’t get charged? 🤷🏽‍♂️The world is over, Fvck this. 😆 @dababy they would have charged your ass for thinking about doing that. LOL”

Fif’s comment about Dababy was in reference to the ‘Rockstar’ rapper’s homophobic remarks during his Rolling Loud Miami performance last year, which drew widespread criticism and resulted in the cancellation of certain brand deals and performances.

With all that said, what are your thoughts?