After over 20 years signed with RCA Records, Christina has decided to join the Roc Nation bandwagon and set herself into new territories than she’s ever been.

The “Hurt” singer was previously signed to RCA Records since 1998 and has had many successful albums with the record label. Her accolades during this tenure include five Grammy Awards, one Latin Grammy Aware, and a star on The Hollywood Walk of Fame.

Aguilera has undoubtedly helped fashion the music industry in her long career since her debut album back in 1999 which came with it three US number-one singles: “Genie in a Bottle”, “What a Girl Wants”, and “Come On Over Baby”.

With this new move, we expect more from the superstar and hope her new management suits her creative needs so as to embolden her to make new material as she’s known to have.

Roc Nation currently has onboard artists like Mariah Carey, Rihanna, DJ Khaled, and Megan Thee Stallion. Joining a group like this will certainly be a good push for Christina and we can’t wait for what’s next. 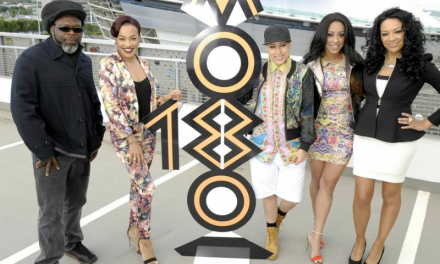 MOBO AWARDS TO RETURN TO LONDON AFTER 8 YEARS, IN COMMEMORATION OF 25TH ANNIVERSARY