CARDI B REVEALS NEW ALBUM WILL ARRIVE NEXT YEAR

Fans of Cardi B just can’t have enough of the ‘WAP’ rapper as they already wish to know when to expect her sophomore album.

Answering a fan’s tweet, Cardi reveals her album will be arriving in 2021 as she would prefer to promote the project in person. She expressed this sentiment during the radio run for ‘WAP’ and due to the current climate of the world, that wouldn’t be feasible.

Critics may say it will be wise for Cardi to release her album now, as ‘WAP’ is doing so well, topping #1 in the US for the longest ever for any female MC. But with such loyal fans, the ‘WAP’ rapper would have no issue releasing her music anytime.

Fans will just have to wait a little bit longer for the hotly anticipated LP. 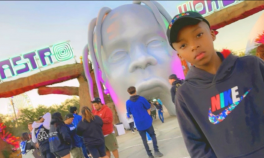